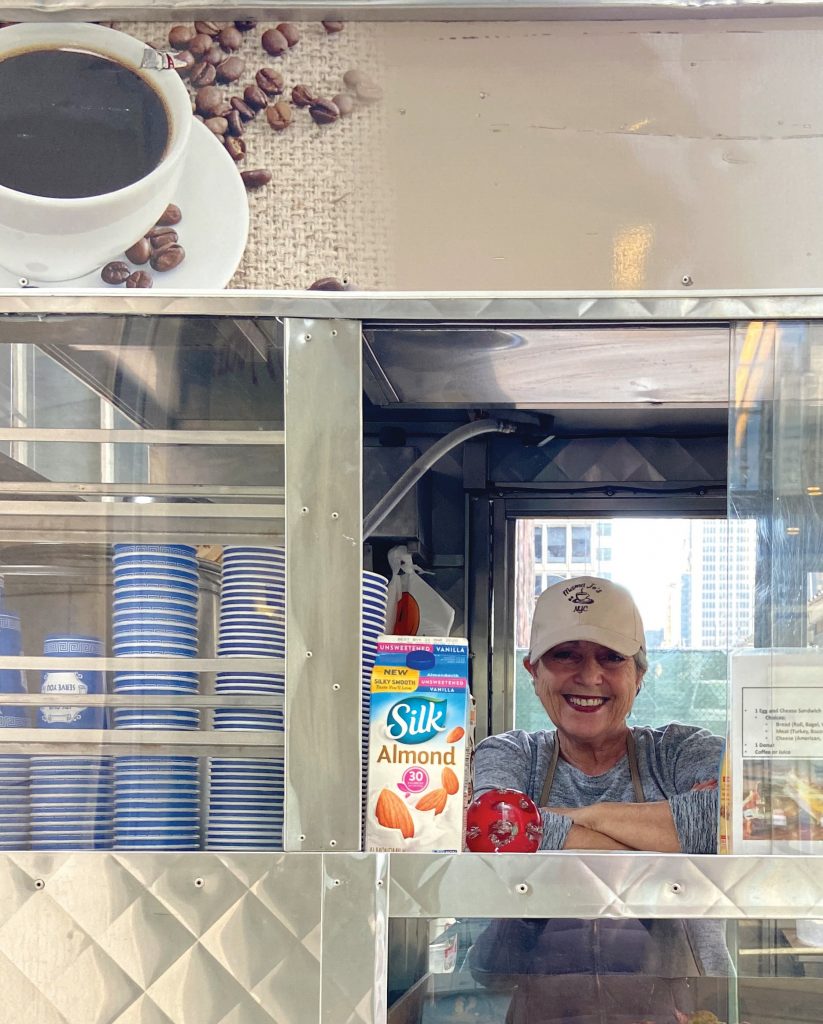 JOANNA DESPAS, better known as Mama Jo to her customers, has been cooking up a breakfast storm from her cart on the corner of 47th Street and Park Avenue in New York City for more than 35 years. Hers was one of the first breakfast carts in the city, and through the years, her corner has become a second home for her. Today Mama Jo’s is considered one of the best food carts in the city, winning the 2018 Vendy Award for the best breakfast cart. Not surprising, she is among the most recognizable and beloved figures of New York’s exciting street food scene. She is also the city’s oldest street-food vendor—and she isn’t planning on retiring anytime soon.

Despas has a warm, bubbly, inviting personality, and has more energy than most people with half her 69 years. Visitors to her cart are treated as if they were her own children, with many adopting her as their second mother. She has managed to keep a softness about her in a city that can be quite harsh and competitive. The huge American metropolis, after all, is not the easiest place to work for a woman on her own at night.

The story of Mama Jo’s is another one of those inspiring tales in which people, driven by an unquenchable desire to get ahead, manage not only to succeed through years of hard work but to carve out their own little empire. Her nickname, “Mama Jo,” came about because of her motherly appearance and her constant smile. She has become a familiar figure to thousands of workers who scurry the streets of Manhattan. “The idea to start a breakfast cart came up 38 years ago.

We used to work in furs and then in restaurants—three, in fact—but I wanted something smaller scale and with a slower pace in the food business. I set it up at a time when there was no such thing. I now have the oldest morning breakfast shop in New York City,” Despas says.