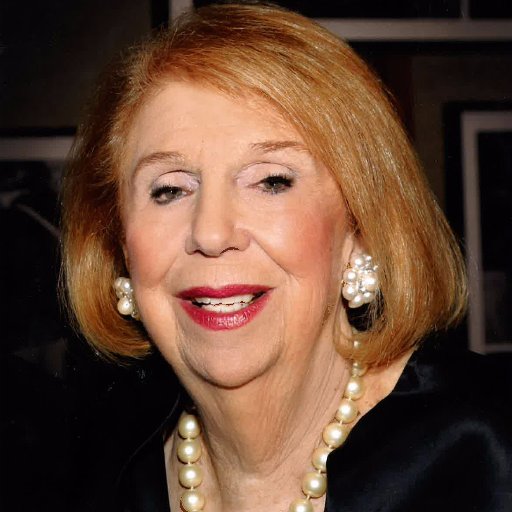 Joan Hamburg from the Joan Hamburg Show talks to Maria about her new cookbook, “My Greek Family Table”.

Hamburg is a familiar and award-winning voice in New York radio, best known for her years spent as host of “The Joan Hamburg Show” which was widely considered to be “The Today Show” of radio. At 77 WABC, Hamburg will continue discussing the most important social, economic and political issues that impact listeners’ lives each week. Hamburg will also interview major celebrities and powerful figures on the program. Hamburg hosts a separate podcast each week, Let Me Tell You, featuring an in-depth conversation with her weekly guests.

Known as New York’s “First Lady of Radio,” Hamburg was inducted into the New York State Broadcasters’ Hall of Fame in 2012 and has been named “New Yorker of the Year” by the Manhattan Chamber of Commerce due to her dedication in improving the quality of lives for those throughout the New York metropolitan area. In addition to numerous other awards, Hamburg is an accomplished author and columnist.

More than 100 Greek recipes, updated for the modern home cook

Greek dishes have influenced other cultures for thousands of years. The dishes and preparation are simple; the taste, divine. In My Greek Family Table, Maria Benardis describes her summers of cooking at her grandmother’s elbow on the Greek island of Psara, and places an emphasis on eating for health and well-being. The foods of ancient Greece are as relevant—and delicious—as ever, showcased in recipes such as:

Written with passion and beautifully photographed, My Greek Family Table is a personal invitation to experience all the depth and flavor of Greek cooking and the wonderful spirit of kerasma—the offering of food to those we love.