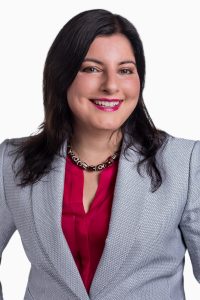 Helping humanity thrive and realize their limitless potential by equipping them with the know-how to maximize their health and wellness.

Maria Benardis, The Motivational Speaker with Bite, is a Gourmand award-winning chef and author. She has been featured in top media including The New York Times, The Today Show, and Vogue; she has offered “Cooking with Agapi” classes at prestigious venues including The Natural Gourmet Institute, Brooklyn Kitchen, Sur La Table, Williams Sonoma and Haven’s Kitchen; she is a food and health blogger for The Huffington Post, Thrive Global, and Mind Body Green; she writes for the Epoch Times and Estiator Magazine, she is the author of three books – My Greek Family Table, Cooking & Eating Wisdom for Better Health, and Greekalicious Feast. In May 2017 Maria released her fourth book MY GREEK FAMILY TABLE. In addition to demonstrating that the foods of ancient Greece are as relevant – and delicious – as ever, Maria places and emphasis on eating for health, healing and well-being. The recipes in MY GREEK FAMILY TABLE feature an abundance of fruit vegetables, healthy fats, and wholesome ingredients, and there is healing wisdom throughout the book as well as a glossary of the “Healing Ingredients of Greece” to show readers how to choose ingredients to treat ailments.

Maria is also a faculty instructor, at the New Earths University’s School of Health & Wellness representing its discipline, Wellness Sovereignty.

Maria is also the creator of the online course, The Ancient Greek Hidden Practices & Tools for Health, Happiness, Harmony, and Wellness; returning the world back to agapi (unconditional love) and the real diet (Greek word meaning “a way of life’).

She also launched in September 2020, her talk show – “The Health & Faith Show”, covering news impacting on our health, wellness and faith.

While offering live demos of classic and contemporary Greek cuisine, Maria imparts the wisdom of ancient Greek doctors and philosophers, recounts dramatic narratives from Greek mythology, shares personal anecdotes from her life on the Greek islands, and perhaps most importantly, tells the inspirational story of her extraordinary transformation.

Following a traumatic youth, Maria suffered a number of chronic illnesses, such as depression and cysts. She healed herself from her illnesses including the cysts all over her body which according to doctors were incurable in light of her genetic predisposition to cancer. Her mother and father passed away from cancer. Her frustration with doctors and her many surgeries lead her to search for alternatives and to heal  herself by practicing the ancient Greek wisdoms and philosophies. Learning the ancient medicines of her Greek ancestors – meditating on classic Greek texts and incorporating the Greek approach to food, music, nature, and more into her lifestyle regimen. Not only did Maria completely any traces of illness, but also found her passion and purpose in life: to reawaken the ancient Greek “diet” (a Greek word that actually means “way of life”) and teaches people that the power to heal lies in their very own hands. Maria feels it’s her duty and calling to share these ancient Greek wisdoms and practices  and to help others. She is also passionate about sharing this information with others so they can heal too.

After much success in Australia Maria set her sights on expanding to the United States. In 2014, Maria packed up and moved to New York City, where she continues to spread her wisdom and passion about Greek cooking and its healing wisdoms.

As a vibrant Greek Australian, Maria has long been passionate about her Greek heritage and culture, and in particular her native cuisine. From her early impressionable years growing up on the Greek island of Psara, Greece her father’s home town, Maria paid close attention to the women of her family, and how they cooked.  It was here she developed her passion for Greek cooking and learned the fundamentals of kitchen lore.

Maria would watch and learn each day, as her grandmother made bread, cheese, yogurt and meals for the family. The ingredients used to create these scrumptious dishes were always fresh and often home-grown, sparking Maria’s life-long love for organic, seasonal produce. In Australia Maria’s Aunt Stavroula continued her traditional culinary education, and many of the dishes Maria creates today draw heavily from these early lessons.

After spending many years as a well-respected and highly sought-after accounting, taxation and financial specialist, Maria decided a career change was in order and went back to her first love- cooking.  To fully embrace the whole culinary experience, she spent several years studying ancient Greek cuisine and travelling throughout Greece. Maria honed her skills by working in the kitchen at XO, owned by one of Australia’s most influential celebrity chefs Neil Perry and after vacationing on the Greek Island of Mykonos, Maria experienced her life-changing calling and epiphany which inspired her venture out on her own.

Maria is dedicated to been the catalyst in awakening people to the ancient Greek wisdoms and practices that help people live their optimum health, wellness and life. Maria makes learning about health, food and wellness a harmonious and joyful experience for everyone.