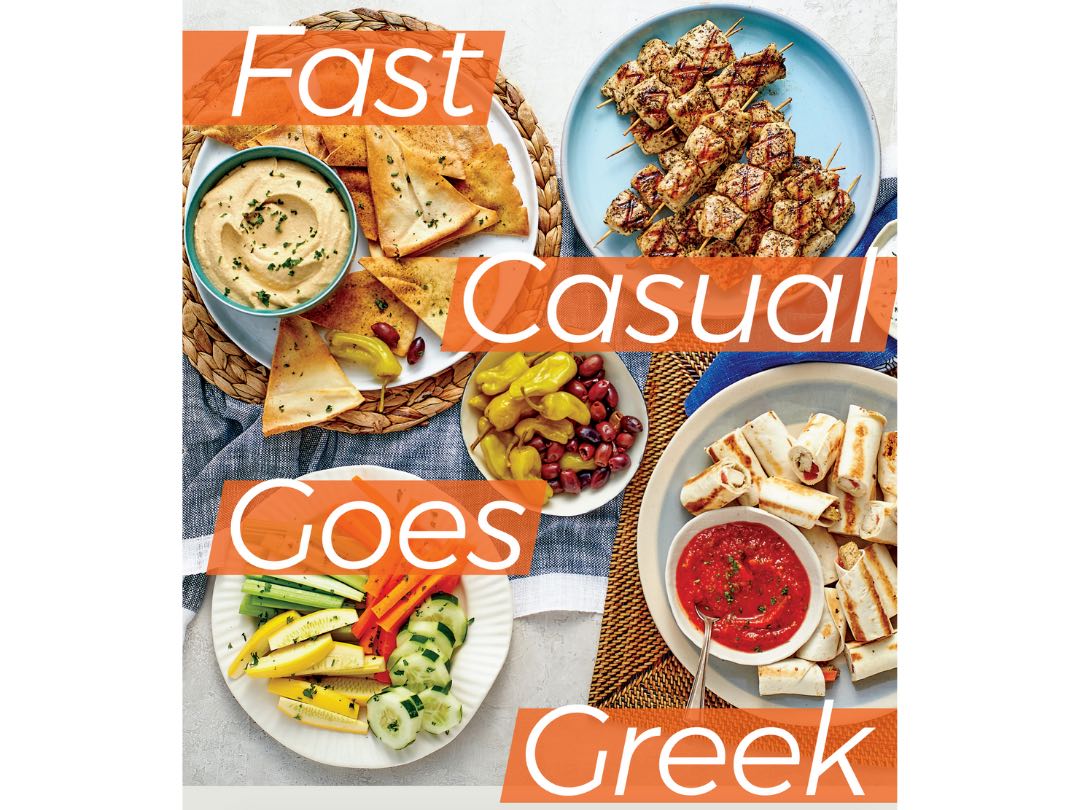 Americans are a people on the go, and, for the past 50 years, their need for fast food has grown, reflecting a fast-paced and often frantic lifestyle that leaves little time for cooking—pick up the kids from school, bring them to music lessons, back to the house to do homework, squeeze in a quick meal before racing back to school for play rehearsal, which finishes at 9:30 pm. Casual It’s no wonder, then, that people are increasingly choosing to eat fast food—after all, it’s quick, convenient, and relatively inexpensive.

The problem, historically at least, is that fast food has most often been considered unhealthy. With the upsurge in Greek food-based fast casual/QSR (quick-service restaurant) concepts, the market now has healthier options. And customers are responding by embracing a growing number of brands that promote the Mediterranean diet. The field, over the course of the past five to 10 years, has, in fact, become flooded with Greek concepts—some high-profile ones such as The Simple Greek (which came into being on the reality show The Profit when celebrity investor Mark Lemonis, born in Lebanon and adopted by Greek parents, reinvented a mom-and-pop gyro concept), as well as some small single-unit locations that have sprouted sister locations (many of which have been featured in our New Arrivals section each month). Some adopt the Chipotle model, allowing guests to build their pita wraps or bowls as they pass along a production line where they can choose ingredients, and others a more traditional model, in which dishes are composed to recipe. One thing is constant, however: Most are successful. From national brands such as Daphne’s to big-city, bigname concepts (such as Piggy Smalls in Chicago, opened by James Beard award winner and local celebrity chef Jimmy Bannos Jr.), Greek food that’s quick and price-accessible has arrived. Here are some of the standouts across the country.

In this edition we speak to GRK Fresh, Hellenic Kouzina and Taziki’s Mediterranean Café.