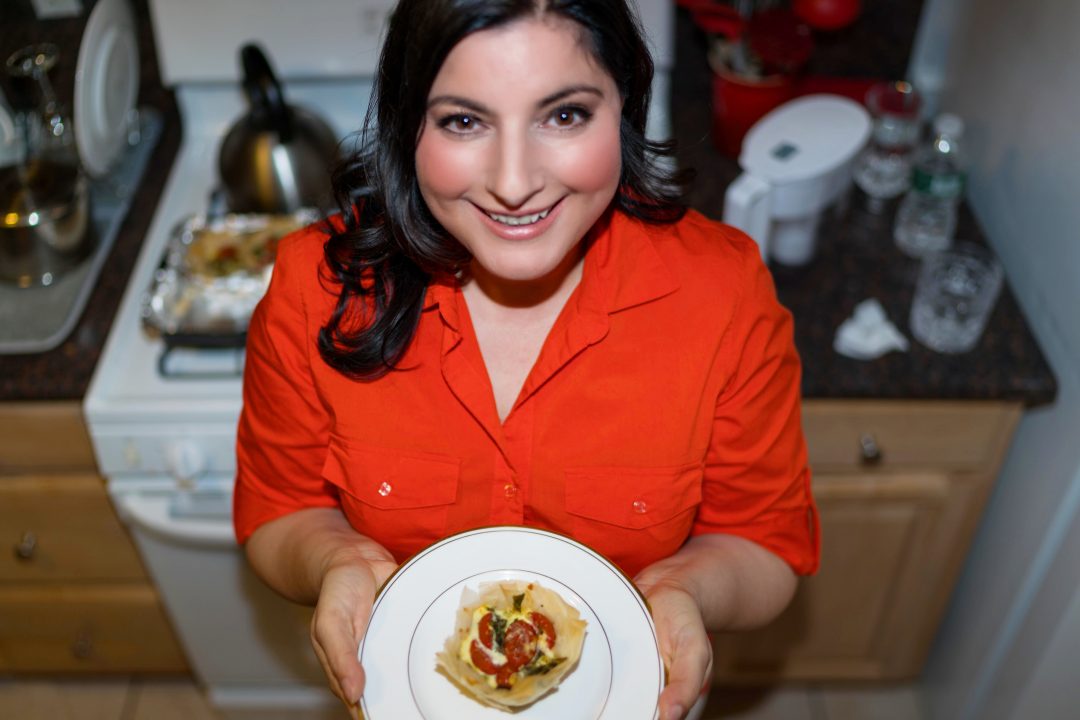 Greek-Australian Maria Benardis is a chef, author and motivational speaker. Five years ago she moved to New York City’s neighbourhood of Hell’s Kitchen to further her culinary career.

“Would you believe it if I told you I picked this area just because it has the word ‘kitchen’ in it,” she said laughing.Food was always at the epicentre of what Ms Benardis held close to her heart from a very young age, dating back to her time in Greece living with her grandmother.

“They were some of the best years of my life growing up on the Greek island….We grew everything. Some of my duties were to gather the eggs and milk the goats and help grandma make yoghurt and bread,” Ms Benardis explained, reminiscing. Those beautiful years Ms Benardis spent on the island of Psara with her grandmother were just a fraction of time in comparison to what she had endured during her childhood.

Maria Benardis wanted to show the world there was more to Greek cooking than a souvlaki This lead her to author three books surrounding ancient Greek cooking and wellness titled My Greek Family Table, Cooking and Eating Wisdom for Better Health and A Greekalicious Feast.

“I was sick and tired of people thinking that Greek cuisine was souvlaki, tzatziki, moussaka and pastitsio. So I was very big on sharing the ancient Greek recipes and sharing the stories behind them was important as well. There’s so many beautiful stories on the ingredients and their healing benefits…I love the traditional recipes, don’t get me wrong but I get more excited by cooking the recipes that no one’s cooking.”

The next frontier of Ms Benardis’ career is firmly set in sharing her passion in the United States of America. One of the biggest challenges one may face when packing up and moving to another country is not having family and friends to lean on when the going gets tough.

“I have had a lot of doors slammed in my face. At times like that you want to have some support network and I just did not have it, so there was some testing times, going home, being upset and crying. I’m only human…I did not know anybody in New York, I just turned up with a couple of suitcases,” she said.

One door may slam, yet another opens to other opportunities.

During her time in the United States, Maria has made appearances on television sharing her recipes and is now in the midst of putting together a television pilot.