Estiator Magazine – For the Love of Diners 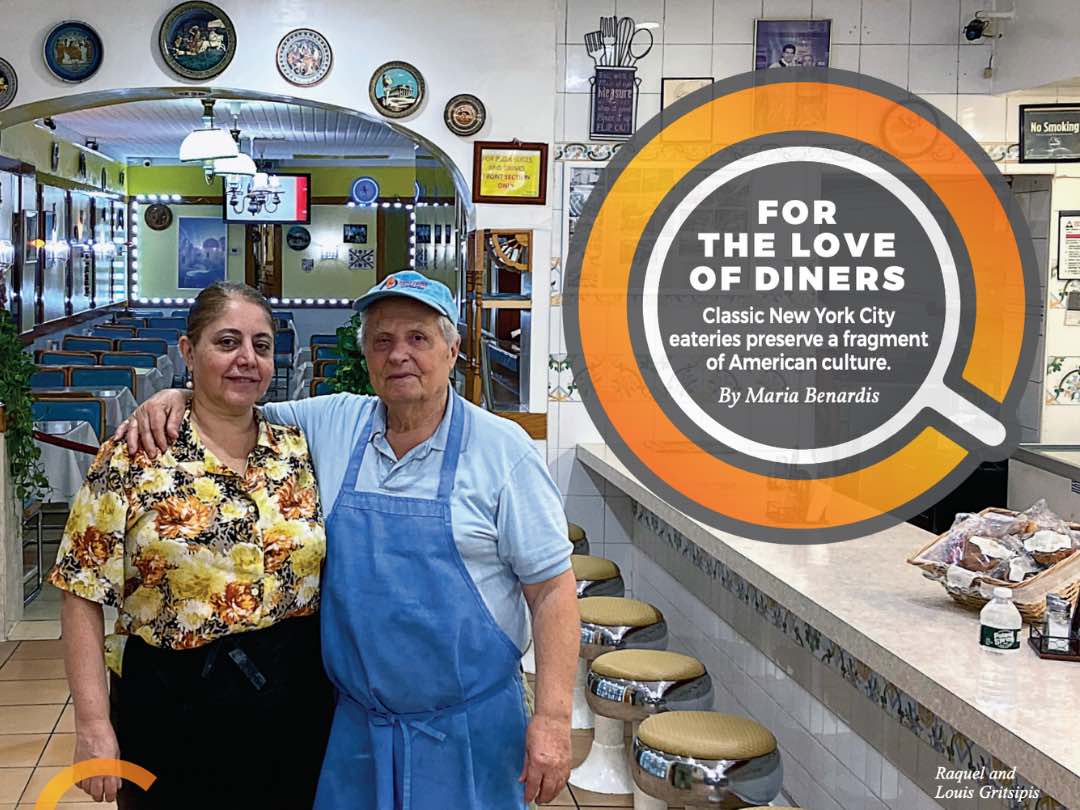 Growing up in Australia, I watched many American television shows (such as Seinfeld and Happy Days) where diners were featured prominently. Their portrayal in American pop culture conjured images of a happy place where visitors could experience comfort food and good old-fashioned hospitality; something you would expect from Grandma. I longed to visit the U.S. just to experience what I considered to be the all-American dining experience.

According to many sources, the first diner concept opened in 1872 in Providence, Rhode Island. It was a “night lunch wagon” to serve those who worked and played long after the restaurants shut at 8 pm. The American Diner Museum notes that “men started selling sandwiches out of horse-drawn carriages, and pretty quickly, companies were manufacturing made-for-purpose modified carriages with counters and stools, so customers could eat inside.” By the 1920s, it says, the horse-drawn cart gave way to the railway car, “and the modern-day diner was born.” The diner as we know it today is an icon of American culture, with New Jersey owning the distinction of Diner Capital of the World.

The American diner is a home away from home for many of its customers. These are places where people meet their neighbors over a square good meal. For many, the Greekowned diner is a place they remember going to as children and where they now bring their grandchildren. They were often open 24 hours, and they served comfort food and staples of American cuisine— hamburgers, fries, milk shakes, sandwiches, pies, and other simple, quickly cooked, inexpensive, cheerful fare.

Mention the word “diner” and most people immediately think of Greeks. Greek immigrants showed a strong affinity with the restaurant business from the beginning of the 20th century when they began coming to the U.S. in large numbers. They opened coffeehouses (the “kaffenion”) where patrons could enjoy each other’s company. Since the 1940s, most diners in New York City have been owned by people of Greek descent as the kaffenion transitioned to the modern Greek diner.

← Estiator Magazine – A woman’s place is in the (Restaurant (Kitchen)) Maria Benardis consulted the ancient Greeks to heal mind, body and spirit. →