Estiator Magazine – A woman’s place is in the (Restaurant (Kitchen)) 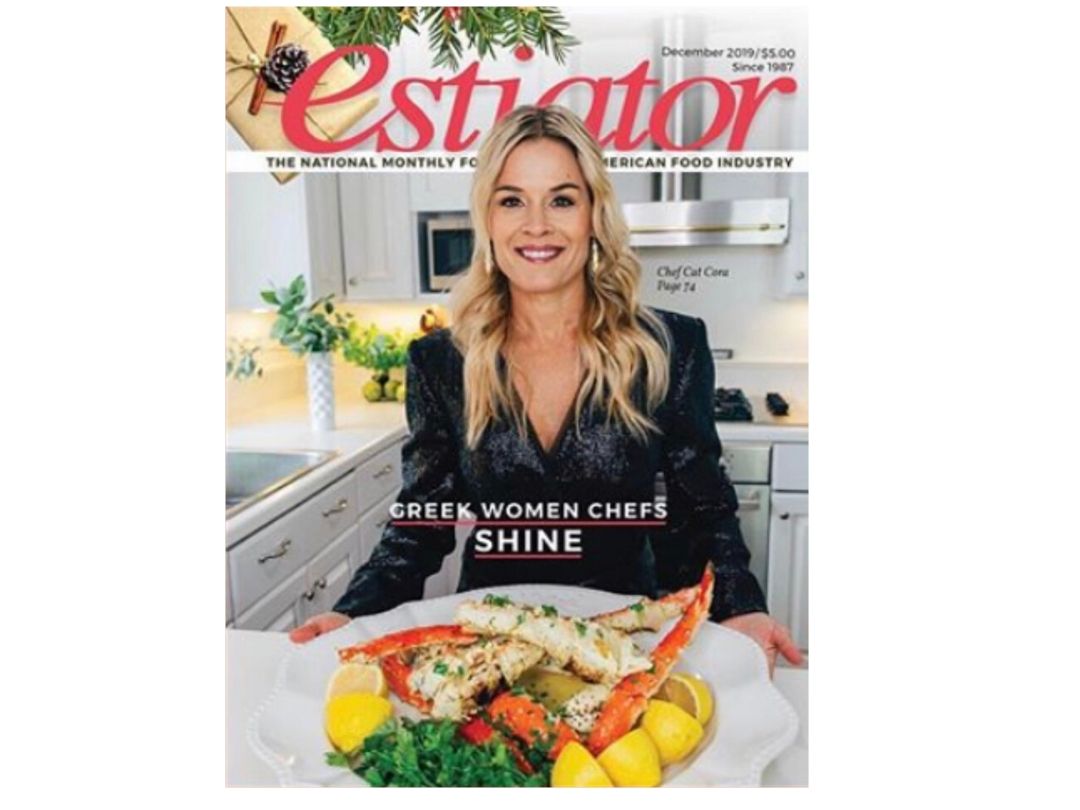 How women chefs are changing the culinary landscape.

It’s ironic that, historically, women have been told their place is in the kitchen, yet when you take a look at the restaurant industry, it has been long dominated by male chefs. So much so that Bloomberg News recently observed that it’s “easier for a woman to become a CEO…. than a head chef.” I recently spoke to Joanna James, who is a director, producer, and writer based in Manhattan. Her documentary A Fine Line explores why less than 7 percent of restaurants in the United States are led by female chefs (according to 2014 Bloomberg study).

A Fine Line began as a love letter to her mom, chronicling the difficulties Val James overcame—from finding bank loans to babysitters—as she established her own restaurant in the early 1990s in central Massachusetts. Eventually the documentary grew into a much bigger story filled with dozens of additional voices from across the industry. “For the longest time,” says James, “women were elbowed out of the professional kitchen with a false narrative, suggesting women wouldn’t want to deal with long hours and physically demanding work, and that the kitchen simply was no place for a woman.”

All of this, she notes, while women have traditionally had the central role in the kitchen and inspired many of the greatest male chefs. “If you watch A Fine Line or frequent amazing restaurants owned or led by female chefs and restaurateurs, you simply know there are plenty of women in the industry, proving that the false reasoning doesn’t apply,” she says. “The truth is that for the longest time, the kitchen culture was militaristic, obnoxious, and full of hazing and led to a setting conducive to drinking, drugs, harassment, and poor mental health,” she insists. “Thankfully, this type of disrespectful environment is more and more looked down upon today, mostly because employers have figured out that they cannot hire and retain staff like that.
This has made room for not just more women but also men who want to elevate their craft and career, versus move from gig to gig. So better work practices are happening from flexible scheduling, paid family leave, zero tolerance, and fair wage. The culture is transforming, in large part because more women are at the helm enforcing these better business practices,” says James. At the forefront of that transformation have been a number of women chef pioneers who have shattered that glass ceiling, including some Greek American women who have done so on a national and international level.

The article features conversations with:

CAT CORA
Cat Cora is a world-renowned celebrity chef, restaurateur, TV host and personality, actress, avid philanthropist, health and fitness expert, lifestyle entrepreneur, and proud mother of six sons. The Jackson, Mississippi, native made TV history in 2005, when she became the first female Iron Chef on Food Network’s Iron Chef America. Since then, she has broken barriers, becoming one of the first females to dominate the historically male culinary industry.

DIANE KOCHILAS
Diane Kochilias’s greatest influence is her dad, a cook whose food was “amazing” and left her with many exceptional childhood memories. A public figure, Kochilas is the host, creator, and co-producer of My Greek Table, a cooking-travel series on public television broadcast to 95% of the homes in the U.S. and Canada, as well as in Greece and, soon, in Australia. She has authored 18 books in English and Greek on Greek and Mediterranean cooking, among them a few IACP award winners. She also owns and operates The Glorious Greek Kitchen, on Ikaria and throughout Greece, offering cooking and living-well seminars
on the “Blue Zone” island, while conducting culinary and rebetiko walking tours of Athens, as well as food and culture weekends in Nemea and Nafplion. When asked what inspired her to enter the food business, she responds heartily with a Zorba-esque declaration: “I am Greek!” she says, “and that about says it all.

VALERIE JAMES
Valerie James, more fondly known as Val, has been the sole owner and operator of Val’s Restaurant in Holden, Massachusetts, since 1991. The restaurant started as a small storefront pizzeria and is today a full-fledged restaurant with two lounges, function room, and patio. Being raised in the restaurant industry and then being told she couldn’t own her own restaurant, James decided as a single mother she was going to find a way to make her dream come true. That is why mentorship and giving back to the community she has been part of for 30 years matters so much to her. Today, when James isn’t expediting on the line, making her famous soups or, her favorite part, joining guests in the dining room, she enjoys running after her three granddaughters and traveling with family, bringing back inspiration to her restaurant.